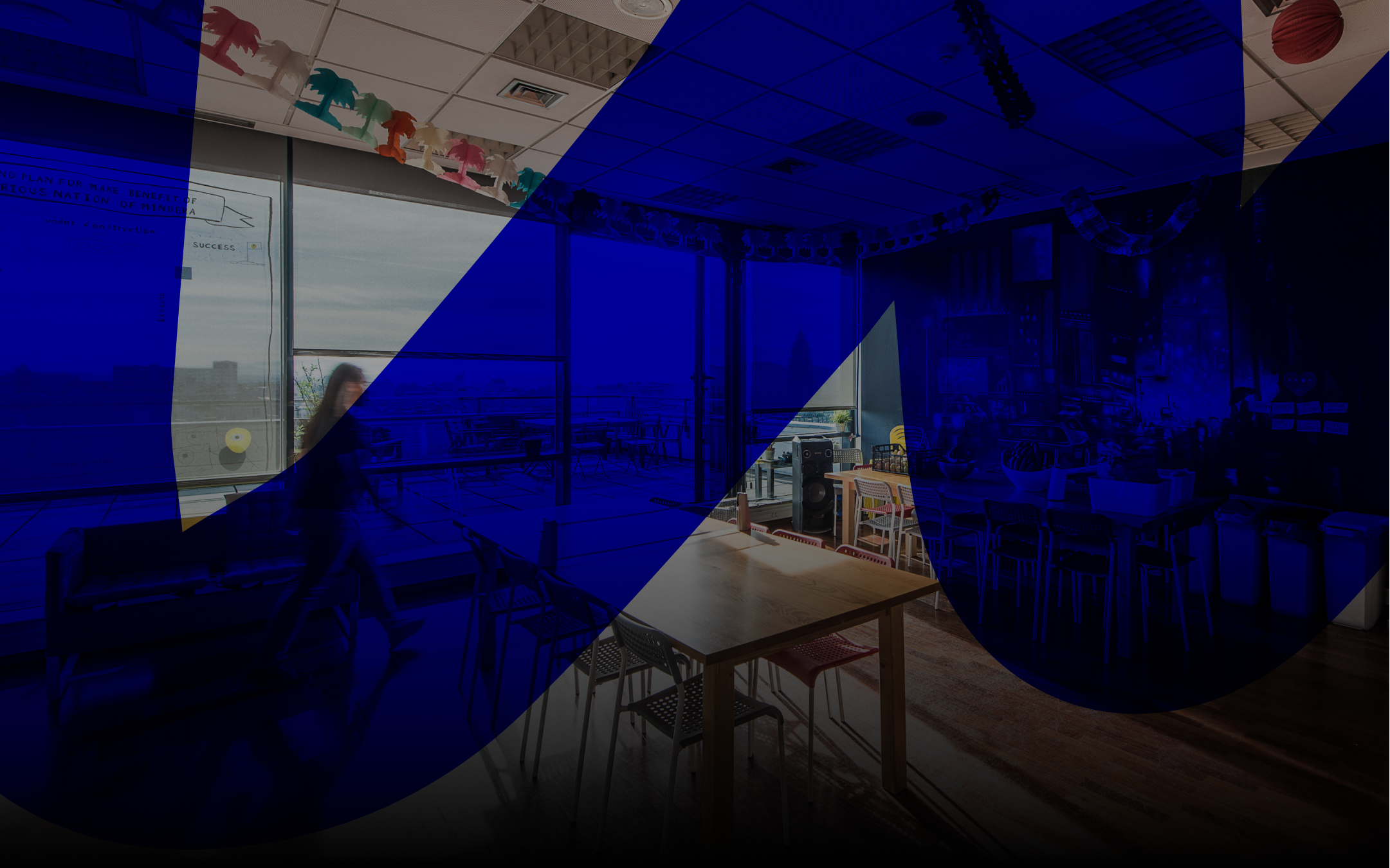 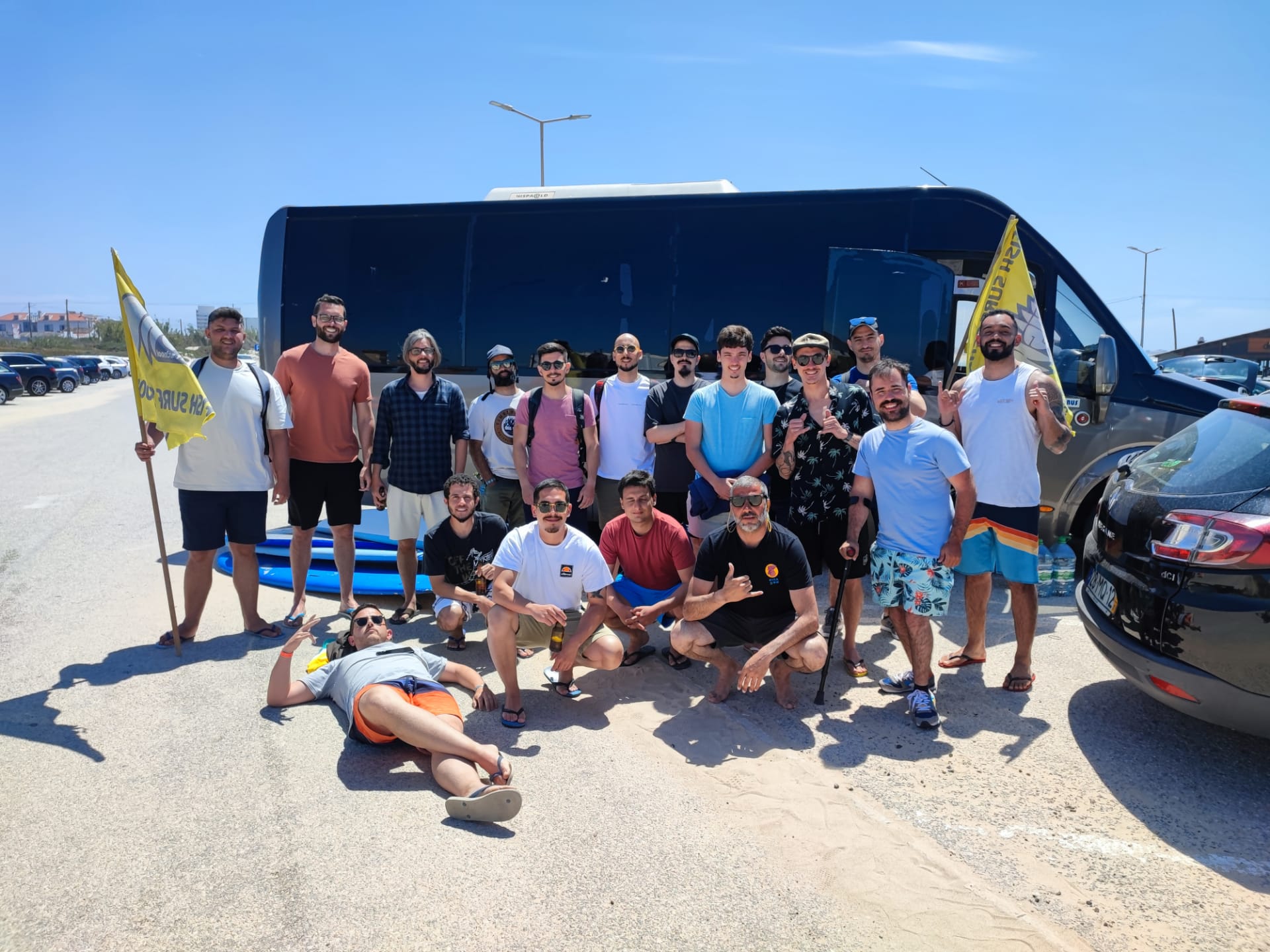 After two years, the Mindera surf trip is back with three days of water activities and end-of-day hangouts. A group of Minders travelled to Peniche in the last weekend of May 2022 to enjoy the first days of summer. Find out if this trip is just for experienced surfers and how inclusive surfing can be!

It has become a tradition of the Mindera Portugal offices to have three annual trips organised by Minders themselves. While the snow trip has been happening since 2015, the surf trip is more recent, having started in 2017. Additionally, there is the adventure trip, generally held after the summer.

These initiatives are open to anyone in Mindera Portugal who wants to join. Usually, Minders who have participated before will join efforts to organise the trip, sharing the details and a signup spreadsheet in our more wide-reaching Slack channels. A specific channel is then created and decisions such as dates, accommodations, and activities are made together, via polls in the same channel.

Minders can join any and all of the trips organised in one given year, but only one of them will have the costs covered by the company. These include the transportation, accommodation, meals and classes, as well as necessities for the activities, such as a surf board and suit.

These three days of beach and water activities came up as an alternative to the hugely popular snow trip, but many Minders enjoy both. One thing both initiatives have in common is that they include classes in the sport featured, to give all participants a chance to enjoy it. So, if any Minders don’t know how to surf, as long as they know how to swim, they can participate in the daytime activities.

This was the first year that included adapted surfing lessons

As in previous years, we partnered with the Fish Surf School, which organised a surf camp at Praia Baleal, Peniche.

This year, though, it was the first time the program included adapted surfing lessons for our Minder Sérgio Nogueira. This is an inclusive way for people with disabilities to enjoy the sport, with various degrees of adaptation and support from the surf teachers.

Sergio describes his experience, in which “The instructor [was] accompanying me, I was feeling the waves and sliding on the waves sometimes. When my body was able to balance itself on the board, [he would] let me go alone. Then Minders were on the sand to catch me.” 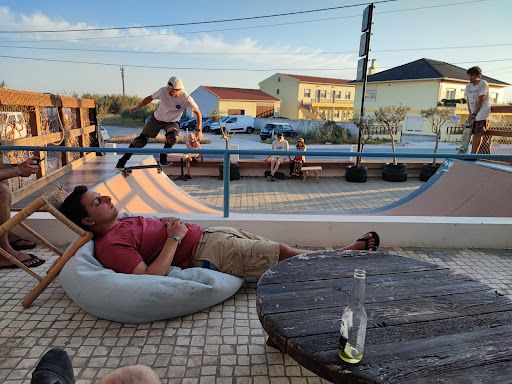 Finding a hostel that would be at least minimally accessible for Sérgio was also a challenge that Minders took on. However, there were not many options available and the hostel, although having good conditions for able-bodied people, lacked on the accessibility side.

The surf trip was “cool” and the surf classes were “funny”

Once again, Ricardo Moreira organised the surf trip — it’s the second time he’s done so. This edition had a total of twenty participants, including new members and veterans. The numbers were higher in previous years. The last surf trip that took place before this year was in 2019, with 40 participants. Ricardo mentioned that there was a conference happening in the same weekend, which is a reason there was a lower attendance this time around.

One of the Minders who joined the surf trip for the first time was Rafael Guedes, who is based in Aveiro. He says that “Our surf trip was really cool, the fun and the laughs started right on the bus while we were trying to accommodate all the guys and the boards on the seats.”

The fun continued during the day: “The surf classes were very funny. Imagine a bunch of geeks trying to stand on their boards. As you might imagine, it didn't go smoothly since everyone was falling and rolling on the waves.”

Gabriel Pereira, based in Porto and also joining the trip for the first time, shared that even though he usually suffers from back pain, he felt motivated to join the surf after seeing the lively gathering of people having fun in the water. He adds, “Peniche is one of the most beautiful places I’ve been to.”

The overall opinion of this year’s trip is positive and we are likely to see it happening again next year, as stated by Rafael Guedes, “I'm looking forward to joining these guys next year for another awesome trip.”

Mindera is a software engineering company that loves people. We discuss ideas, take risks, and solve problems together. Mindera - Portugal is one of the group's companies and it has offices in Porto, Aveiro, and Coimbra.